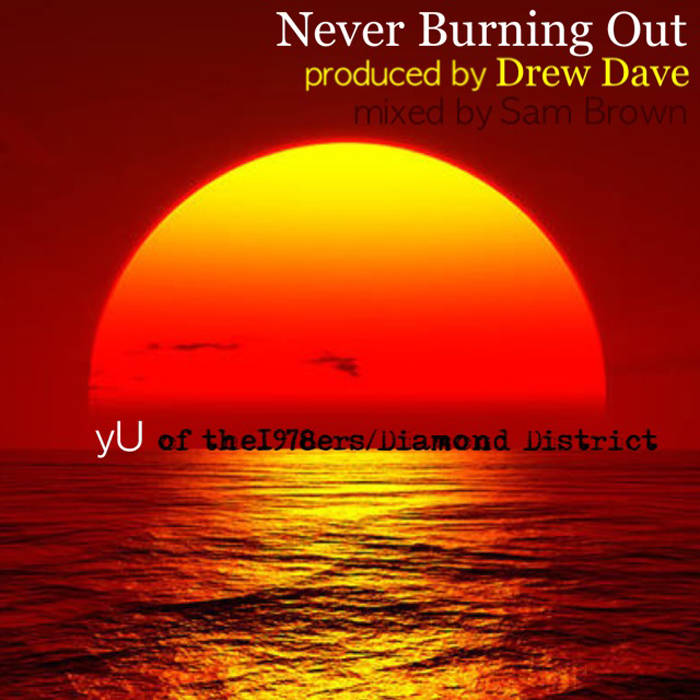 This song will be featured on an upcoming EP from Drew Dave called "Sumthin Slight". Perspectively speaking.. What if I could get close enough to exchange in conversation with the brightest, most seasoned & experienced "star" in our realm, the Sun(or Amen-Ra), who in convo, would tell of some of the things its seen throughout the many trips around this universe. And after comparing, both the sun & I, realize that "the main thing we have in common, in our heart there's a fire, never burning out".

*I dedicate this song to my father, Michael Willingham Sr., who just passed on Fathers Day. The song kinda reminds me of how he'd break things down to me. Of how he didn't exactly understand my world, being 18 years older than I, but by principle, we still found things that we could relate on. As people, we all are different, but still very similar when u get to the root of things.

I talked to the sun today. Said he was heated, going out of his mind.
He asked what the darkness was like, cuz everywhere he goes it's bright outside.
I tried to tell him that the world gets cold, he ain't believe me. Told me that I was lying.
The main thing we've got in common, in our heart there is a fire, never burning out.

I met the sun on a Friday morn. Bright flash, his light cast, had to put shades on.
And he had just got off tour, seeing planets galore
He said his ole earth was trippin, what she mad at u for
Cuz he was sposed to be a star, brightest light throughout the galax
Slippin, sippin moonshine & lost his damn balance
Every sober supernova thinks he wanna challenge
Then he'd gleam a light beam & they'd get to reconciling
Got ur girl Venus smiling when his presence is around her
Skin gets browner, like James got soul power
Impossible to look him in the eye for a whole hour
As we spoke, brown folk they all start to crowd around us
Basking in the sun shower, when he smile, clouds bow
Some fellas got jealous but they ain't around now
I told him that I'd catch him on his next rotation
Waved goodbye, then it's dark outside, a different day begins

The next day was a bummer, hottest day of the summer
Talkin wit my soul brova, under the blue sky. Dude was high strung
Talkin bout this new planet he met
Said she's a virgin, brand new, ain't even inhabited yet
And then she don't live far, 300 light years apart
Which to him is like nothin, it's like a walk in the park
He said that I had heart, rappin wit him so long
It's like the closer that he came, seemed like my shadow was growing
I had my New Balance on & their reflecting my man
Ain't trynna be called no superstar, but I'm sayin, turn on the fan
Dude frequents nude beaches, tanning all the màmàcitàs
Then people's catch the fevers, but if he left then it would freeze us
Mother Earth be changing seasons with the ether underneath her
Said he'd gained experience but still the student & the teacher
His last words after all the building we'd done
Was keep shining light, remind them you are children of the sun, everybody say

Featuring Gary Bartz, 5 years of Rhythm Section Intl and an LP of the week by Nicolas Jaar