← more from
Mello Music Group
Get fresh music recommendations delivered to your inbox every Friday.

from the EARN by yU 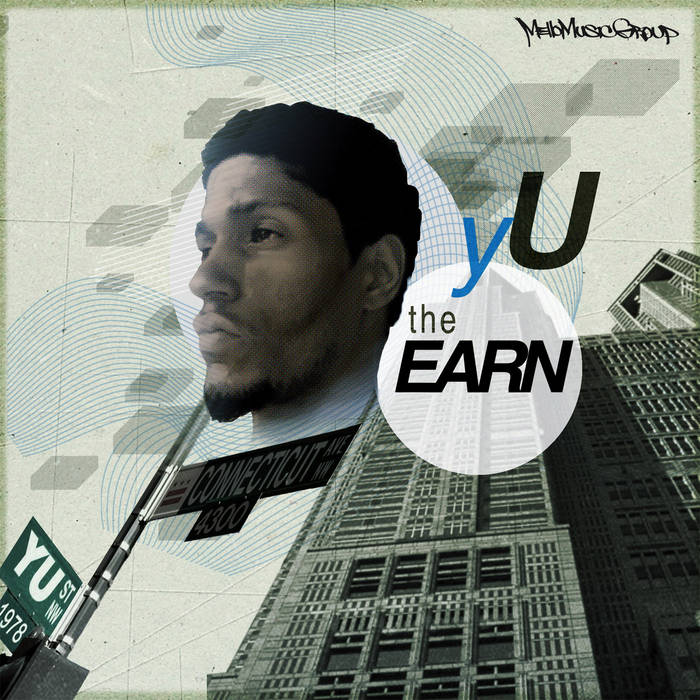 It was about 2005/2006.. There was a beat battle called “The Beat Grinder” that I had heard about & pondered on entering, held at Capitol City Records.. At the time, I shared a house in NE, Washington DC w/ @slimthe78er + @DJRBI + Mr. HU, which was a very influential period for me when it came to producing & recording my own expressions (beats, songs & etc.) Being as though most folks in the area had knew me for rhyming & didn’t even know I made beats.. (besides the folks who I’d played beats for at the open mic they held every friday night at Cap City Records.. (the only spot i could go to to perform even when it was my weekend to have my 2yr old Neiori.. because they didn’t serve alcohol, it was open to all ages.) As far as being in the battle, I kinda knew folks was gonna sleep on a brova, so I had to go hard.. I went up to Capitol City Records, paid my lil $10 or $20 to enter and gave them my cd of qualifying joints.. and finally got a call days later from @DJUnderdog saying that I was all good, what the sample was we all had to flip for the 1st round( A Smurfs joint called When The Saints..), how many joints to bring & all that. With like a week until the battle, during the time I wasn’t bustin my *ss at work, I was at the house listening to sounds, tweaking drum kits, & chopping samples preparing for Saturday.. Every once in a while Zak (@slimthe78er) would hear sumthin I was messin wit, come upstairs & be like.. “Aye young.. What was that??! Play dat jont again.. Yeah, u gon be aiiight up in there..” Which hearing that from a mentor of mine.. kinda messed wit my head, forreal.. Anyhow.. Fast forward to Saturday.. I remember at the last minute, i had to bring Neiori wit me to the beat battle.. Which was cool, not exactly how I thought it was gonna pan out.. but hey, gotta do whatcha gotta do. So here we are at the record store, which was kinda packed already with a nice amount of folks just outside the building. .. I remember seeing Enoch, Damu, @KevBr0wn, & @Kaimbr on the way in. with alotta folks lookin at me crazy cuz I got a baby w/ me.. I remember her being extra cool that day, mesmerized by all the people. I remember @KevBr0wn & @Oddisee (whom i vaguely knew of & hadn’t worked with at that point) were judges. @Slimthe78er & my peoples Charlene had told me off the break, that they’d sit with Neiori when it was my turn to go up.. which was dope.

Long competition short, there started with about 7-10 producers & ended up being @Unknowndc & myself in the final round. We both got a good response from the crowd, but I think my last coupla joints I should’ve followed my gut & played some more energetic, upbeat stuff.. @Unknowndc probly had the same idea, becuz thats exactly what he ended up doing. After we played our last 2 beats for the night, the votes went in.. and @Unknowndc ended up taking the trophy.. I had respect for him too, cuz he played some tiiiight beats that night, so we shook hands & exchanged information.. saying that it’d be dope if we after competing against each other.. came together to do a dope song, that would make a statement to those that witnessed us go head to head.. And i’m glad to say that after more than 5 years later, that is what yall are listening to when you hear “Time Machine”. Out of the joints he gave me, that one spoke to me immediately.. and I finished a ruff version of it in about ‘06, but the difference was that originally I had sung the hook on it. It sounded cool, i guess.. I performing it once at Bar Nun.. (a club on U Street, DC.. now called Pure), and I remember it being well received, but it was a task at first, cuz the beginning was kinda abrupt & jumped right into the song. I ended up chopping phrases throughout the beat to make sort of an impromptu intro before the verse starts to smooth it out.. Closer to completion, but I still wasn’t feeling done with the song, so after later connecting with @BilalSalaam for the 1st time.. He asked me to send him some stuff I was working on & he’d try to add on to it.. One of those was my ruff of “Time Machine” & in exchange he gave me some beats he’d been working on, one had the hook he’d done already on it called “Breakdown” that later ended up on my 1st solo album Before Taxes. After @BilalSalaam layed his part, it was pretty much done..

(Sidenote: If folks wanna hear ‘em, lemme know. I believe I still have the beat cd from the Beat Grinder Competition. There was some joints on there from what I remember.)

(fast forward to Sept 2011) I had been rapping to @DrewKid for awhile, and on the first visit to my spot he’d tell me to play what I had & then he’d just adlib over top of it. Which ended up with him being on like 3 joints on the album. Right before the EARN was supposed to be mixed & I was supposed to take the trip to Oddisee’s.. A coupla days before leaving I was looking thru sounds, had a drum chopped but not yet programmed in my ASR-X and I came across the oohs & ahhs in the sample.. It stopped me in my tracks after playing them right after the ending to “Time Machine”, which out of all the rest of the songs on the album.. didn’t have a seguete between it and the next song.. Before u know it, after starting a drum, stacking percussion & programming the bass.. I was wrapping it up & sending the beat out to @DJ2ToneJones, @Daynedra & @BilalSalaam, whom immediately I could hear filling in the gaps.. I called them all & let them know that if u can do it, great.. but if not, I know its last minute.. I can dig it. @DJ2ToneJones, @BilalSalaam & @Daynedra all hit me back damn near immediately.. and got everything to me just hours before me leaving to mix.

Maybe I do fall into the same footsteps as pops
Turned the hands of the clock back
To Lakewood Street now, that's where he would be found
30 years ago
Let's take a journey, here we go
To Suitland, Maryland. That's where the Willingham's stay
That's my fathers last name,
He pretty much looks the same
Back in the days he was 16 & doing his thing
Construction, making money with his hands.. That's my dad
He kept a lil ride, sumthin nice to drive slow in
Playing "Mind Blowing", 8track stereo and
Him and moms went to Suitland High, she was superfly
Plus his sister's best friend so, they began to get close
I found a picture from the year before I was born, corner half torn.. Mom & pops hands joined
Eye to eye, why do I.. Not remember all that
And I closed my eyes, and thru dreams I go back there.. Yeahh
-
Hook
-
Hey, come on.. Ride with me, and take a trip, thru the time machine
Years away, away from today
I'm traveling back, to how I became
And going way back, to back in the days
Of when we used to speak, but now the times have changed
Hey come on, ride with me now, thru the time machine..
-
2nd Verse

I found another picture too
From the year 1980, I was goin on two.
It was me, my aunt Toya, alotta joy around christmas
Opening my gifts & the colors slowly drifting away
Fading, just like a memory from a while back
Looking siced in the picture, got some toys and a cowboy hat
Neppy's house was off of Porter Ave
I couldn't touch less it was mine, see I was taught to ask
Or moms would whoop my *ss, respect, gonna need that. Believe that
She dropped the bottomline, leaving no room for feedback
And u could see that in them other pictures too
When I was a little dude
Me & moms would hit the zoo up
Before the yU, it was Mikey/ Mike Jr.
The world is a labyrinth, so don't let it lose ya
If the sun was outside, you don't need no flash
Perfect lighting for this flick, that was taken in the past, let's goooo..
-
(Repeat Hook 2x)
-
3rd Verse

The last picture I hold, goes for all of those who never seen their folks when they were close
Those days are long gone, but I am the result
Of a bond that wasn't solid, so they drifted apart
Moms thing was her art, and pops was good with his hands
Innate traits I had to take from the blend that yall had, daaag..
Lookin at these pictures makes me wonder what if..
But if anything had changed my destiny might switch too
My daughter is that proof, time done passed by
Some people that u see, it could be for the last time
Flipping, thru a dusty, brown leather photo album
Showing my daughter pictures from back when I was young
I'm trading places with my pops in the drivers seat
Her eyes are wide, their reminding me of me
So add another branch, to my family tree
Just roll wit me, lemme take u thru the time machine..
-
(Hook Repeats 2x)